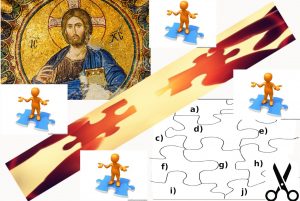 . A few days before the session, the following text could be sent to the participants in order to better prepare and be active.

2. In the table below there are several task, in order to prepare our session. Please try to complete the tasks.

3. Below are two images of the same size. One of the images is a puzzle whose pieces are marked with the letters of the divisions of the text proposed for today’s session. The second image is a photograph of a mosaic depicting Jesus. Print the images’ page. After that, fold the sheet of paper with the two images so that the images remain on the outside of the folded sheet of paper. Glue them. Cut out the puzzle piece with the letter corresponding to the division you chose to read (At the same time, you will notice that from the image with the mosaic will disappear an area identical to the cut puzzle piece). Keep the puzzle piece and the cut out image / sheet of paper for the session. 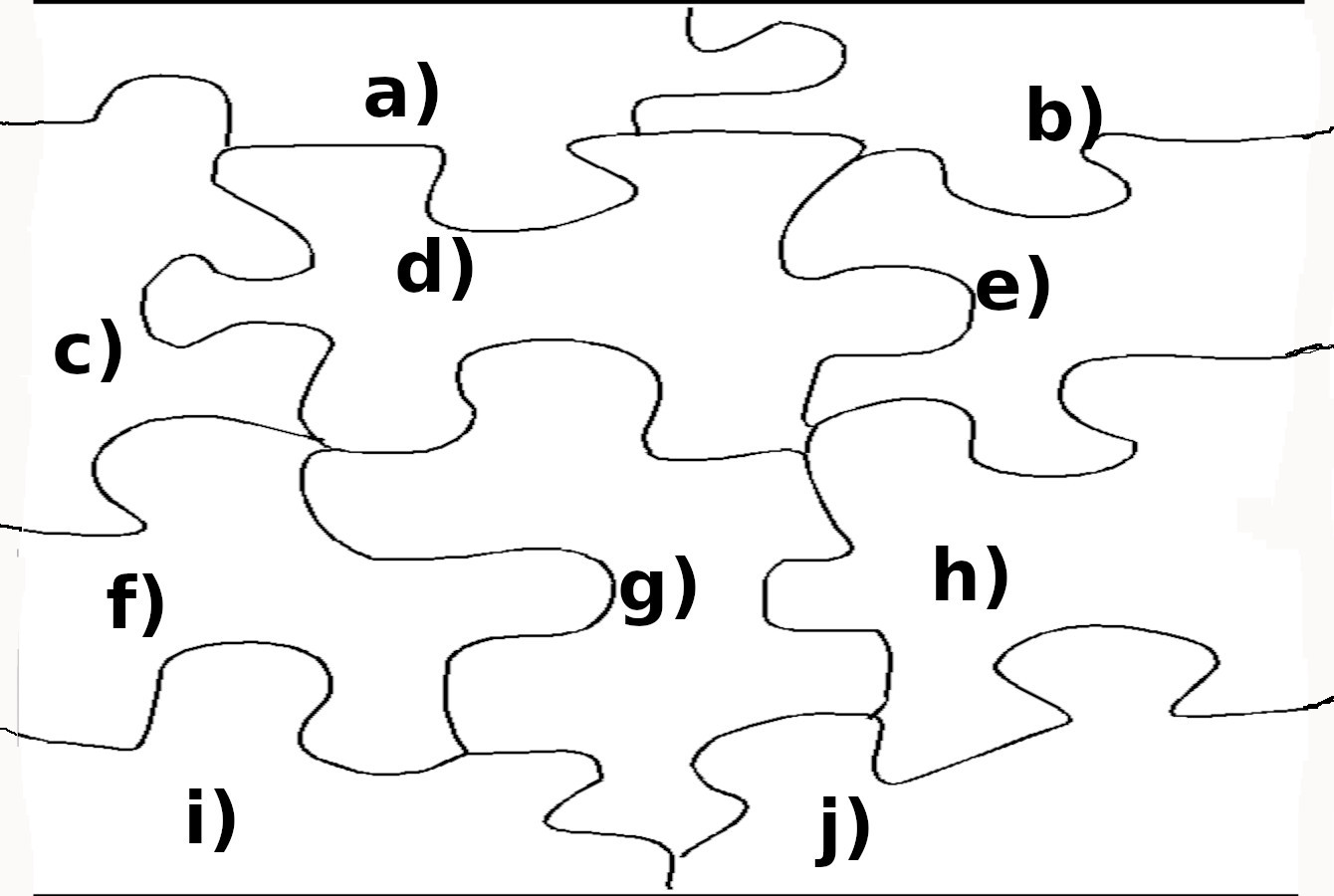 I look forward to meeting you.

II. The following materials are intended for the group leader, in order to prepare the meeting.