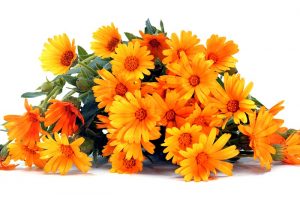 After the agitation during the journey to the place of the crucifixion, during his ascension to the cross and the moments that followed immediately, when some mocked Jesus, the text we just read from the Gospel according to John presents a moment of heavy silence, something what seems to be a balance between calm and despair.

The deep pain endured by Jesus, but also those close to him, who see him dying, could tempt the reader to believe that there is despair, a despair that is so deep that it has no words to express himself and that is why it seems to be an atmosphere of calm. But the words of Jesus, addressed to his mother and the disciple standing by the cross, give us a completely different perspective.

It is about that “here is your”, repeated for both Mary and the disciple. It is a dialogue that relaxes the situation, breaks the isolation of those present there, isolation caused by suffering. Jesus tells everyone that “belongs to someone.” Jesus is the son of Mary. Mary is his mother. John is a disciple of Jesus. The disciple is the son of Mary. Mary is the mother of the disciple. They all belong to God who offers a sacrifice of love, not isolation. Love unites. Sin, evil isolates.

Churches with a Latin tradition name it Laetare Sunday, taking this name from the first word that the priest recited as he entered the altar to begin the celebration of the Holy Eucharist. It is a word taken from Isaiah, chapter 66, verse 10, in which the prophet invites Jerusalem to rejoice because the time of blessing has come.

But let’s go back to our tradition.

Today, the name Mothering Sunday is a little confusing. But it is not the day dedicated to the women, but it is about mothers, motherhood in an extend way of understanding. It is about who we are, where we come from, what our origins are, who our people are.

This Sunday, people returned to visit the church where they were baptized and where they grew up. There they met friends, sometimes members of extended families, long-time-ago neighbours. That on an individual level.

At the community level, entire communities went to visit the church that was the basis for the creation of their new community. It was a time when the connections and the origins, the roots were rediscovered.

In both situations, at the individual and community level, the church of origin was called the mother church.

People remembered their places of origin, their church of origin. They refreshed their conviction that they are not alone, they are not isolated in their existence, wherever they are.

Therefore, the liturgical services were very solemn, and the flowers brought to the church were a symbol of joy and celebration.

I think you have already received an envelope with Marigold seeds and a flyer with some explanations.

The ancient Welsh used the Marigold to predict weather, knowing that open marigolds would bring good weather. It was also believed that keeping a pot of marigolds in a household with a tempestuous relationship would create a peaceful environment.

There is a legend that Holy Mary used marigolds as money and so the early Christians put marigold blooms at her feet instead of coins as an offering.

The words of Jesus, the meaning of the name of this Sunday, the traditions related to this Sunday and the symbolism of the plant and flowers of Marigold, all together tell us the same thing: there are reasons for hope, because we are not forgotten, isolated, but God is with us, so many people are with us, and where there is communion there is hope, as on this Sunday: hope for our community and for each of us, in part.