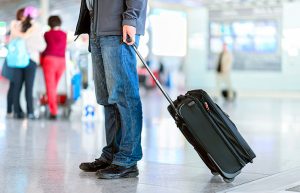 Although skeptical, on the advice of a person from the UK, advice received in January 2014, I decided to hit again the road, to step on a new long, a new beginning, the third in my life. In July, also 2014, I left. At the end of October 2014, the same person recommended me a place to go to achieve my goal. I followed the advice. In May 2015, an important person invited me to a meeting to discuss my future. He asked me about the papers to prove what I said and informed me that the person who supports me is the best choice. On a rainy day of June, with all the paperworks, I headed to the known address and dropped them there. Two weeks later, I received a message that my papers have been received and a copy of them has been sent to an important person on whom my future depends. And then silence…

At the end of October – that is -, right now, after the summer’s silence and the beginning of autumn, I received another message, this time verbally: I missed you. And that’s all. This can also be considered an evolution. But for idealists.

But can anyone believe that I waited for help after following so many advices? In such moments, it is difficult to know whether the saying “God has only two hands to help you, and these are yours” is encouraging or cynical.
I didn’t ask for anything from anyone, but surely everyone was afraid that I would or they are still afraid. Few have even declared so. Cynical or not, everyone took care to convince me that I had nothing to expect, only that there are only two hands that can help me: my hands. And they didn’t disappoint me. Only them.